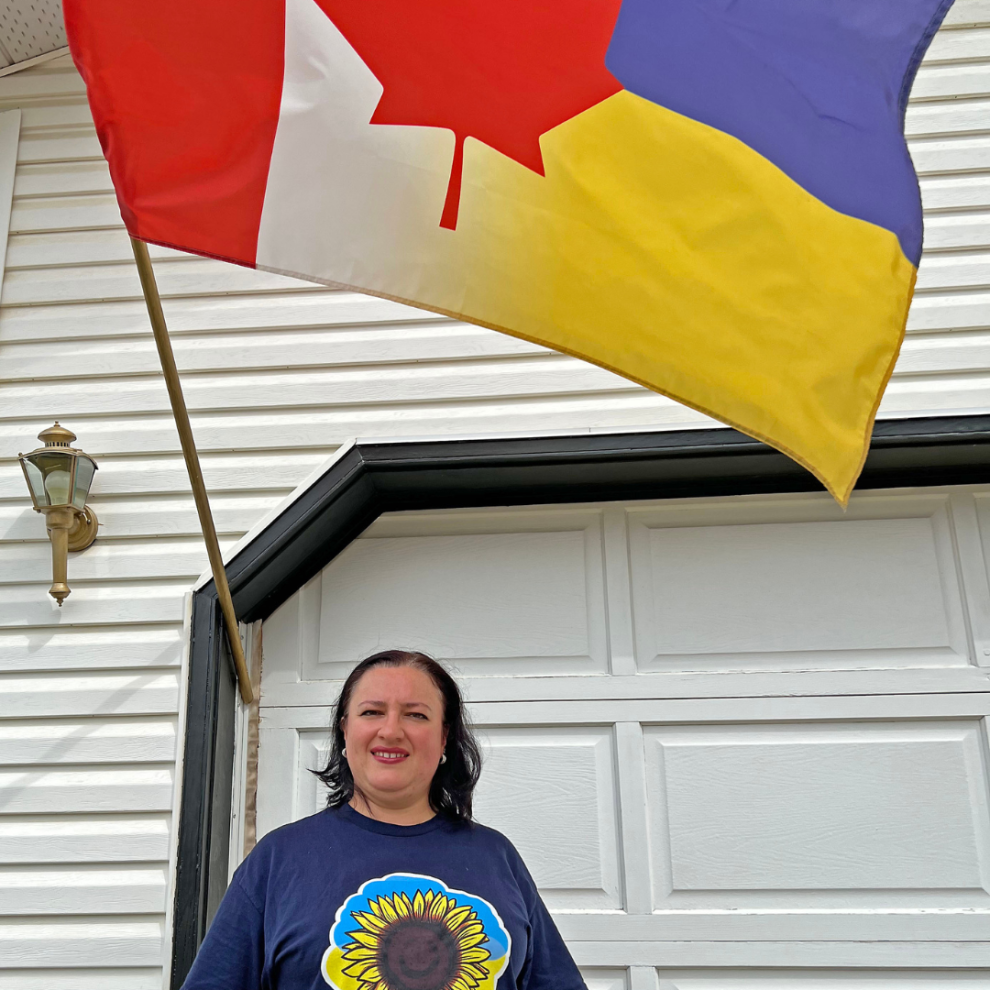 Yuliya Massarsky first heard about the attack on Ukraine by Russia and thought it was unbelievable. There was the shelling of military bases in Kharkiv. She texted her friends in Ukraine to confirm that it was true. As the crisis developed into a war, Yuliya was receiving updates from family and friends who were living the experience. She knew she had to help once refugees started arriving in Edmonton.

She has strong ties with Ukraine as she was born in the country and lived there with her five siblings until she was 12. Her parents moved the family to Israel, where they stayed for a few years before moving to Canada.

“When the war began, it felt closer to me because it’s the country of my birth and I helped Ukrainians. I know the language and the way of life, and as an immigrant myself, I recognize what the new immigrants are going through,” says Yuliya.

As of June 22, there were approximately 190,000 Ukrainians with pending applications to come to Canada, up from 140,000 about one month earlier. Many of the refugees are women and children because the men had to stay behind to defend their country. More than 3,800 have arrived in Alberta, according to news sources.

Social media was the source of the news about the influx of Ukrainians to Edmonton for Yuliya. She and her husband discussed becoming a host family, but they thought they could have more of an impact by aiding Ukrainians with translation, being a guide around the city, and connecting them to resources.

Starting in March, Yuliya reached out to host families and to Ukrainians arriving in Edmonton, offering her support. Yuliya helped the new arrivals to navigate the health care system, register children for school, connect them to landlords and rental companies, and explain the local culture and customs. She also started collecting donation items, such as clothing for families. At one point, furniture and bags of clothes filled her garage. They hosted one family for a few weeks until they could find somewhere to settle. Yuliya and her family supported over 14 families to settle in Edmonton.

Jewish community members have aided her drive to help Ukrainians, and she appreciates this. “I am very thankful for every single family from our community that helped. When I brought donations, I always mentioned it was from the Jewish community so that the Ukrainians and their hosts were aware,” says Yuliya. “Thank you very much to everyone who stepped up.”