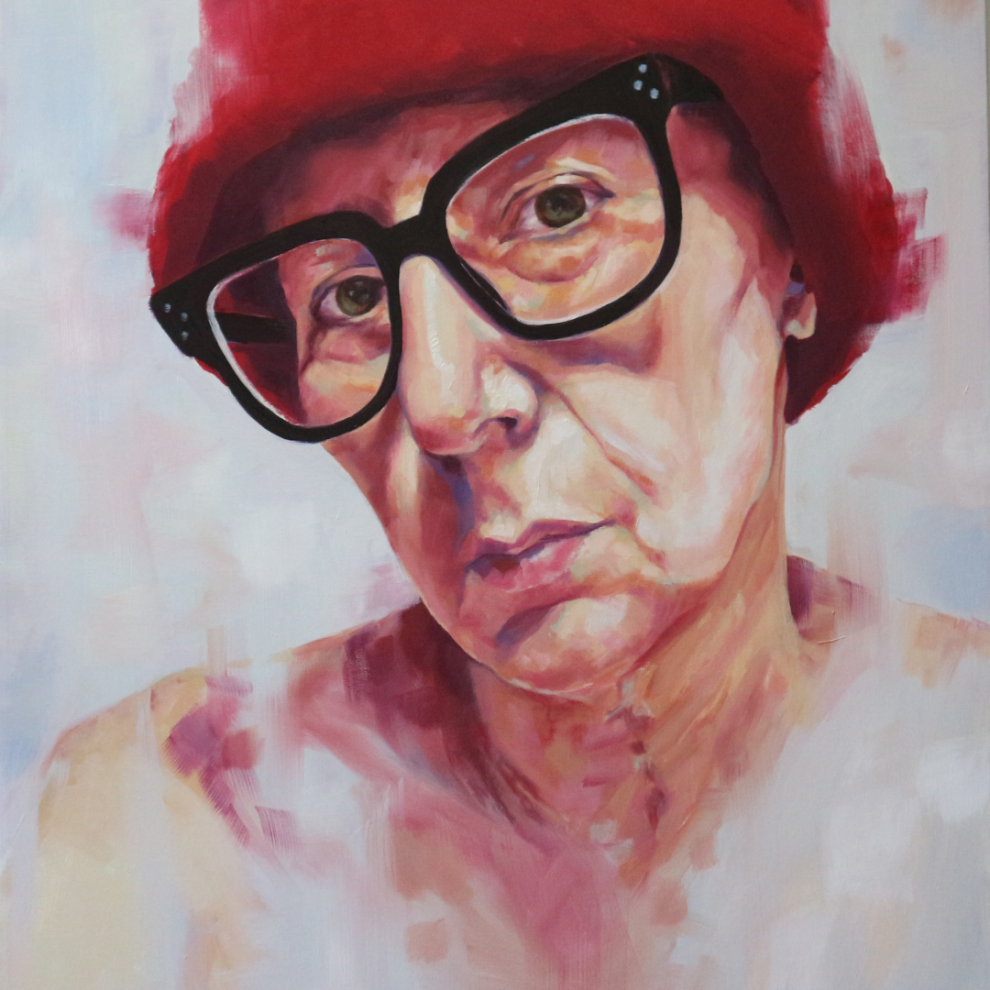 As a child, Carol Wylie loved to create her own paper dolls and clothes for them. She would spend hours drawing to make them come to life and desired to be a fashion designer as an adult.

“When I tried to learn how to sew as a teenager, I was a complete disaster at it. I knew you couldn’t be a fashion designer if you didn’t know how to stitch, but I continued to draw and was interested in theatre as well,” says Carol.

When the moment came to choose between studying visual art and theatre in school, she chose art, thinking she could live anywhere and continue to draw. Her master’s in fine arts explored and defined her focus on portraiture. This work has led Carol to create a series of 18 portraits of Holocaust and Residential School survivors in an exhibition called They didn’t know we were seeds.

The exhibition is coming to Edmonton to mark the National Day for Truth and Reconciliation. The Jewish Federation of Edmonton and the Edmonton Public Library are partnering to host the exhibition and several engagement opportunities, including art therapy-based trauma workshops.

Carol did not realize the extent of the damage cause by residential schools until she worked at the Mendel Art Gallery. The gallery, which was based in Saskatoon, hosted exhibitions focusing on Indigenous artists with themes challenging colonial history. “Those voices had been silent for a long time. Listening to them through some of those exhibitions was the first inkling I had of the level of trauma the residential school system had left in its wake. The turning point for me in understanding the history of the residential school system was through Indigenous sensitivity training at the Mendel Art Gallery,” she says.

As for the Holocaust, Carol grew up hearing anecdotes from her parents. Her grandfather left Russia because of the pogroms. But the impact of the Holocaust surfaced when she began performing as a vocalist at the annual memorial service in Saskatoon. Survivor Nate Leipciger spoke of his horrifying experiences in a Nazi death camp during one of these services. Carol realized that Holocaust survivors were quite elderly and wouldn’t be around to tell their stories or much longer. “I thought I could offer a way of representing these memories through my work by painting a series of Holocaust survivor portraits,” she says.

She then attended a community Seder in Saskatoon, where a rabbi began a discussion about remembering marginalized groups while referencing the Indigenous population and Residential School survivors. Carol recalled learning, at the Indigenous sensitivity training sessions, that residential schools applied the term “the final solution” and the “Indian problem”. It was the same terminology adopted by the Nazis during the Holocaust regarding the death camps and the “Jewish problem”.

“I thought that’s a stunning connection between the two groups. And there were other similarities in the forms of oppression used, like cutting hair, assigning numbers, and separating families. As a personal step towards reconciliation, I expanded the portrait project and include both peoples,” says Carol.

Finding subjects to sit for the paintings was a journey that took three years. Each portrait is four feet by three feet, some with subtle text in the background referencing the subject’s story as shared with Carol. She travelled across the country to meet with Holocaust survivors, including Edmonton. The residential school survivors are all from Saskatchewan. Carol would sketch and photograph while interviewing her subject, then take this back to her studio to paint.

“There’s a very interesting thing that happens when you are a portrait artist. When you sit close to a subject to draw and gaze intently at them, in order to learn their face and features, within five minutes they are telling you the most intimate details of their lives. It’s like the relationship of artist and sitter creates a unique, accelerated level of intimacy,” she says.

They didn’t know we were seeds will be available for viewing at the Stanley A. Milner Library in downtown Edmonton between September 29 and November 25.