Temple Beth Ora was founded in 1979 as a reform synagogue, and in 1980 it was incorporated and Beit Sefer classes began. The congregation initially met at the home of Alexis and Shawn Gold and then moved into the Jewish Community Centre as the congregation grew. Services were held in the Colonial Lounge and the gymnasium at the JCC. The congregation was initially led by student rabbis until 1988, when the first ordained resident Rabbi Joseph L. Melamed was hired. In 2003, the congregation was led by Rabbi Lindsey bat Joseph and had 85 family member units. Later came Rabbi Carmit Harari, and then Rabbi Moch. The synagogue had a home at the former JCC in Rio Terrace, but now rents space from the Chevra Kadisha in the Chesed Shel Emes. The current rabbi is Gila Caine. 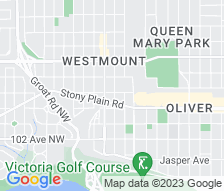