JAHSENA was formed as a non-profit Society in 1997 by founding President Uri Rosenzweig. The organization’s first project was to publish a book about the history of the Jewish communities in Northern Alberta. The book, titled The First Century of Jewish Life in Edmonton and Northern Alberta: 1893 to 1993, was published in 2001. After the publication, the materials collected during the book’s writing were set up by archivist Debby Shoctor. Institutional membership in the Archives Society of Alberta followed. Two documentary films were subsequently produced by second president Dan Kauffman, entitled: From Pedlars to Patriarchs: A Legacy Remembered, (2004) and Bittersweet Memories: The War Years, (2007). The mandate of the organization is to protect and preserve the Jewish Heritage of Edmonton for generations to come. The society belongs to the Association of Canadian Archivists, the Alberta Museums Association and the Association of Canadian Jewish Archives and Museums. It has won awards from the Edmonton Historical Board and the Archives Society of Alberta. 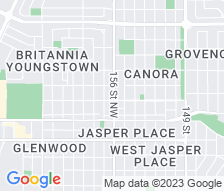