In 1928, a group of members of Beth Israel Synagogue, unhappy with the overcrowding of the synagogue during High Holiday services and with the blessing of the synagogue, began holding separate services in the Talmud Torah School building. In 1932, the congregation was incorporated as Beth Shalom Synagogue with Jacob Eisen as the congregation’s first rabbi. In 1950, after considerable discussion, sod-turning took place for a new synagogue building at 11916 Jasper Avenue. In 1951, services and activities began in the partially completed Beth Shalom building. Once the building was completed, it housed the synagogue along with a new community centre association, a library, a theatre, and two full kitchens. With the founding of a Jewish youth centre and then a Jewish Community Centre in Edmonton, many of the activities that had taken place in the synagogue moved to the new facilities. In February 1980, an arson attack on the synagogue resulted in over $300,000 in interior damages. Beth Shalom Synagogue is a conservative synagogue and a member of the Association of Conservative Synagogues of America. They have a Women’s League chapter and run the only Judaica shop in the city. Notable rabbis iclude Rabbi Kliel Rose. Curerent rabbi is Steven Schwarzman. 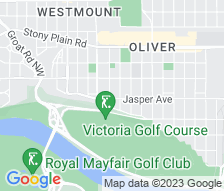