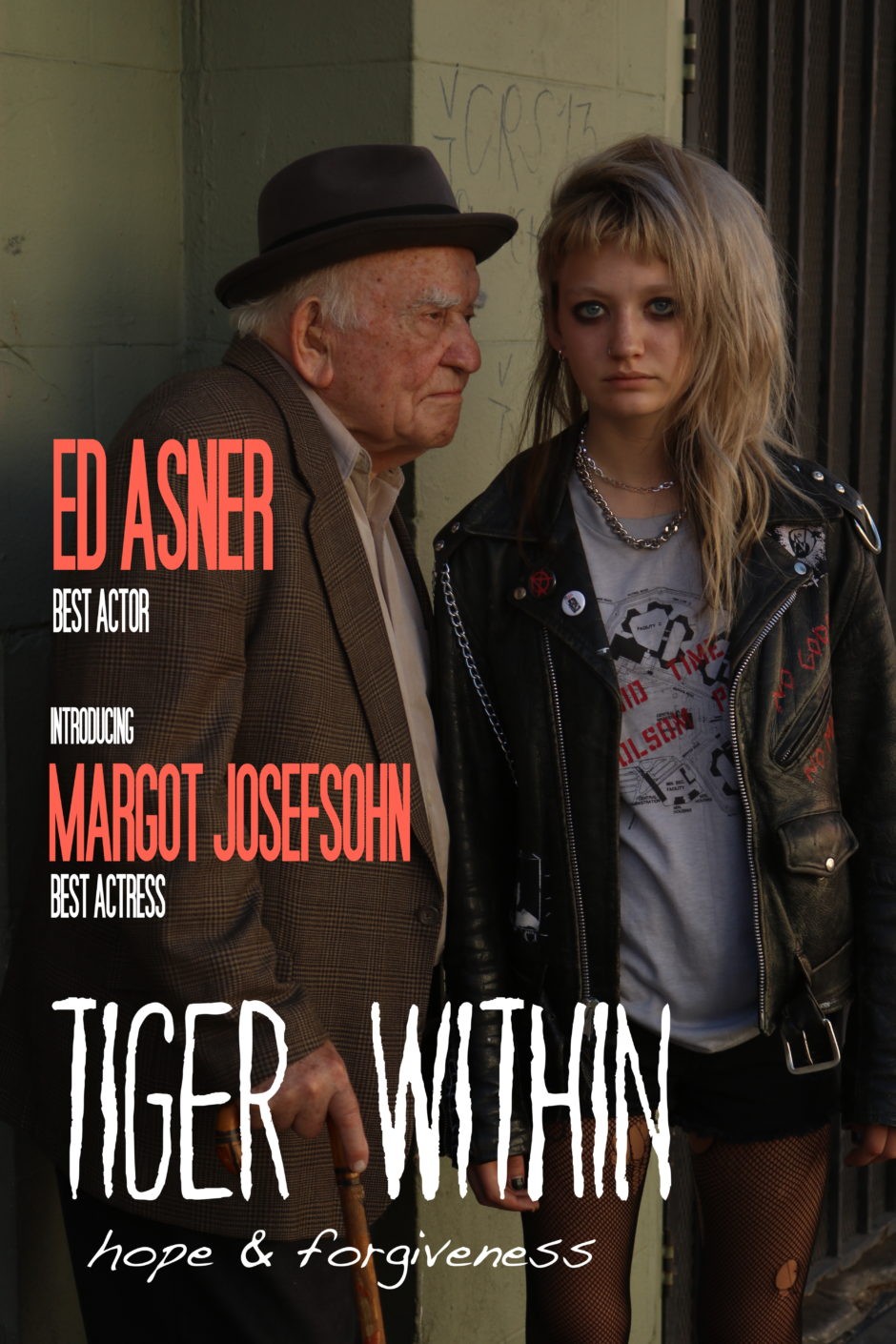 An online screening of Tiger Within.

Casey, an unloved teenager from a broken home, runs away only to find herself destitute in LA. Seeking a place to rest, she happens upon a Jewish cemetery where she is discovered by Samuel, an elderly Holocaust survivor, who, despite her ignorance and antisemitic views, decides to help her. Written by Gina Wendkos (The Princess Diaries and Coyote Ugly) the film stars multiple Emmy Award-winning actor Ed Asner in one of his final roles.