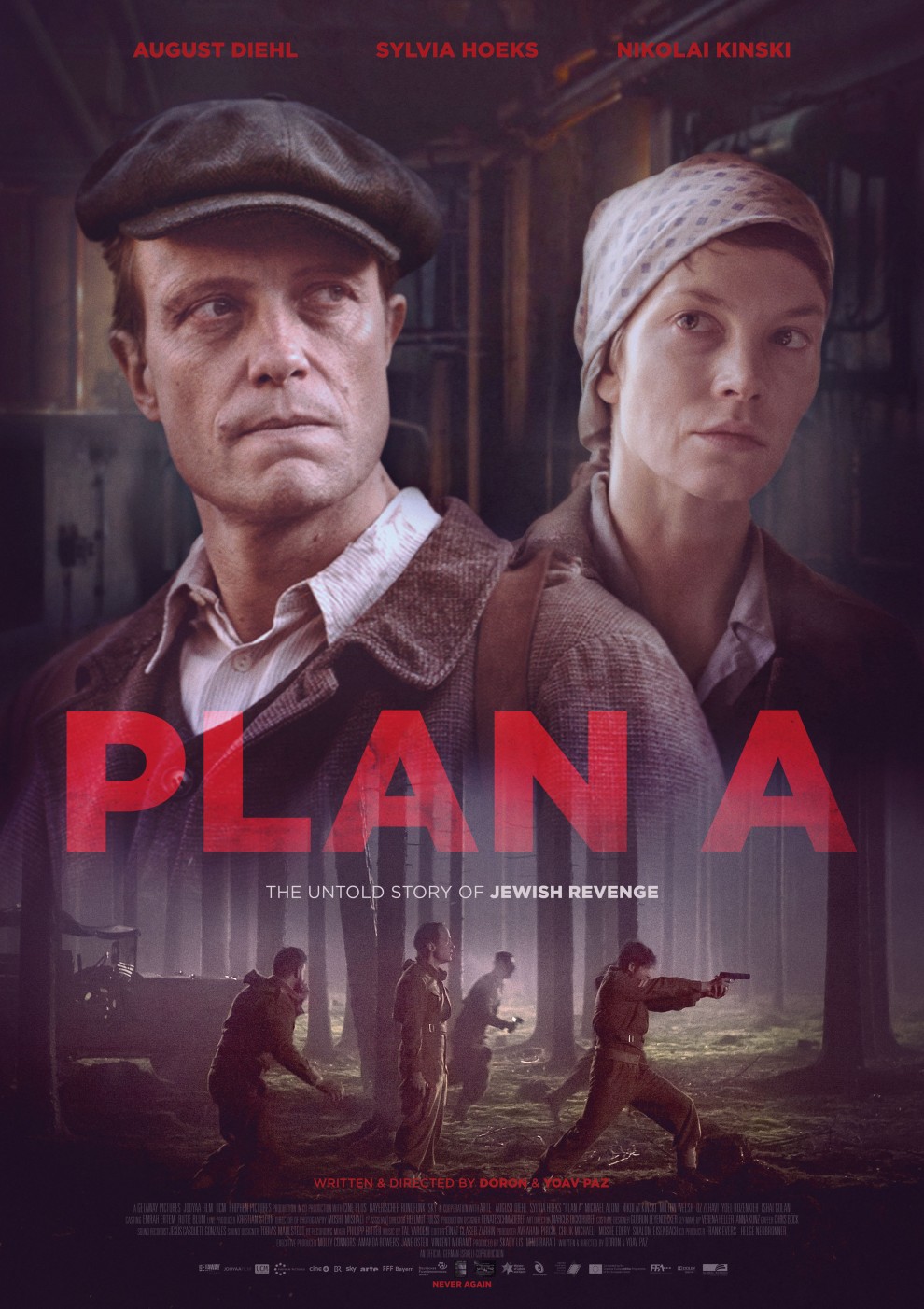 An online screening of Plan A.

This gripping thriller is based on the incredible true story of the “Avengers“, a group of Jewish vigilantes, who, after surviving the holocaust, vow to avenge the death of their families, friends and six million other Jews – “an eye or an eye and a tooth for a tooth”. They formulate a plan to kill six million Germans by poisoning the water supplies of Nuremberg, Munich, Cologne, Weimar, and Hamburg. Their dangerous and bold secret operation was called – Plan A.