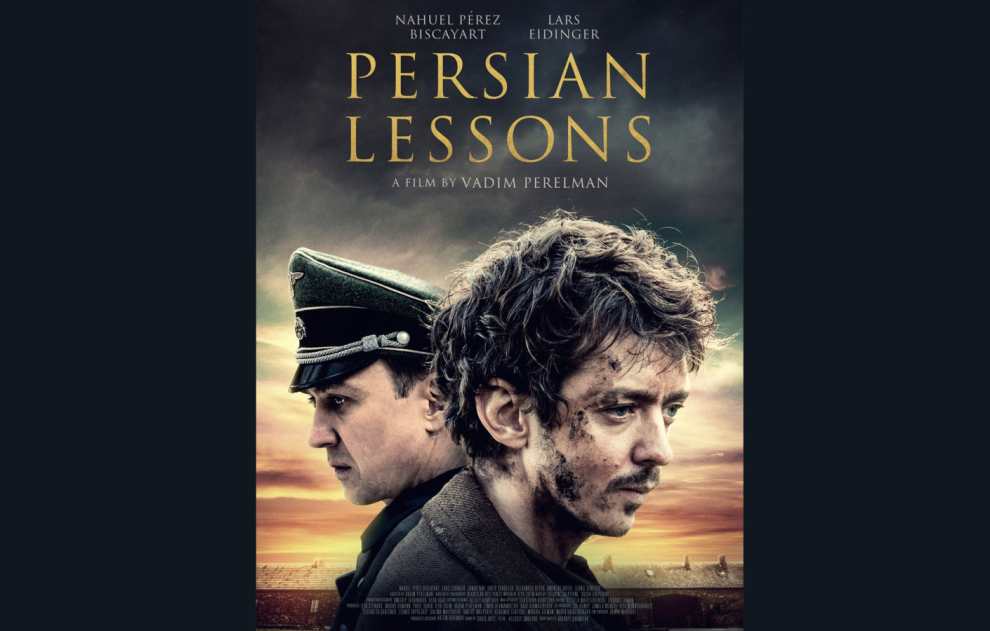 An online screening of Persian Lessons.

Gilles, a young Belgian Jewish man, is arrested by the SS and sent to a concentration camp. He avoids execution by convincing the guards that he is not Jewish, but Persian. His lie temporarily saves him until an SS officer demands that Gilles teach him Persian. To stay alive, Gilles has to invent a phony language word by word, remember it, and convince his pupil that he is learning real Persian. Gilles becomes acutely aware that one false move could expose his swindle and lead to certain death.