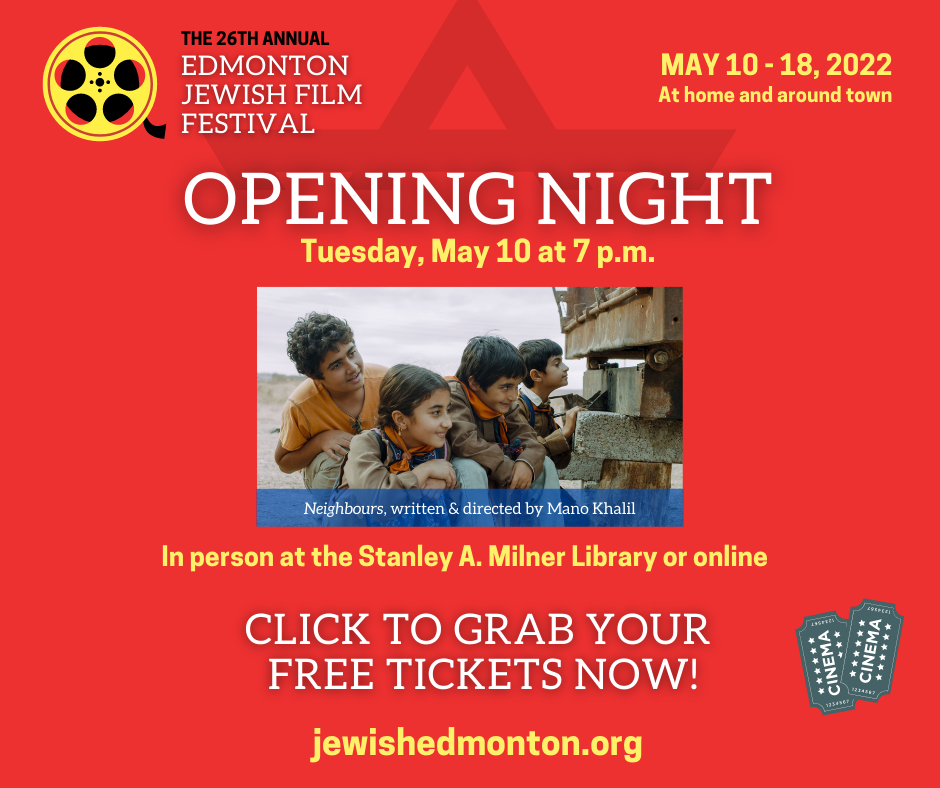 Watch the film, Neighbours, in-person at the downtown Stanley A. Milner Library.

Film plot: In a Syrian border village in the early 1980s, little Sero goes to school for the first time. A new teacher has arrived in the village and is determined to make Pan Arabic comrades out of the Kurdish children. The teacher forbids the Kurdish language, orders veneration of Syria’s brutal despot, preaches violence and hate towards the Zionist enemy and uses his rod easily on the children, to drive home his vicious messages. Sero is upset and confused by these teachings, because his long-time neighbors are a lovable Jewish family. With a fine sense of humor and satire, the film depicts a childhood which manages to find light and laughter between dictatorship and dark drama. The film was inspired by the director’s personal experiences and his bitter-sweet memories offer meaningful connections to the present Syrian tragedy.

Get your free tickets now